This was actually a pretty good week here in Atacames!!  Still working hard out here trying my best to finish this thing off haha.  I love this work so much but there are some moments where I am just tiring out... Even though it was a great week, there were some hard moments.  But, let's just focus on the good haha.

This week we had the baptism of Lola and Gaby Guayanay!! It's about time that they finally got baptized.  They were so prepared when we found them.  Lola was going to get baptized awhile ago but wasn't able to do because her husband was against it.  But we were finally able to talk to him and he just misunderstood.  He now is thinking about getting baptized in the future.  Lola is the mom and Gaby is the 11-year-old daughter that is now one of my best friends. She is hilarious haha.  But it was such a special baptism--something that I hope that I never forget. 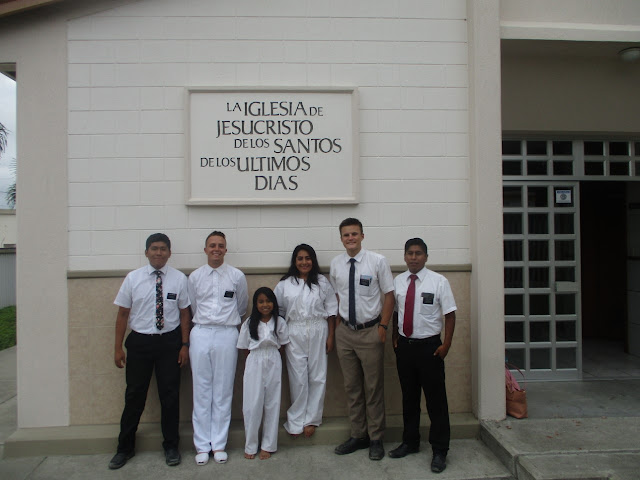 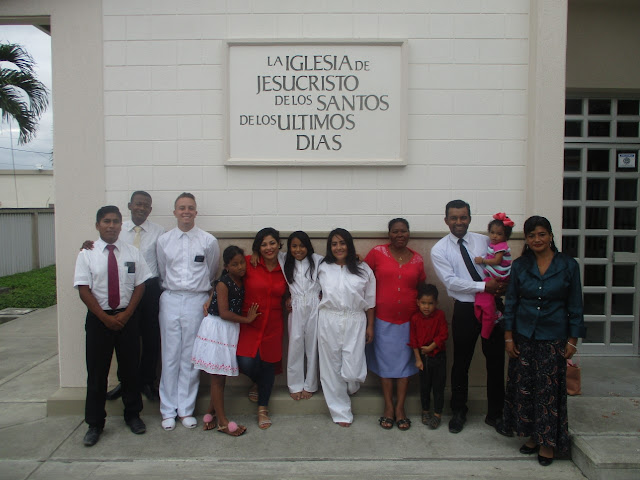 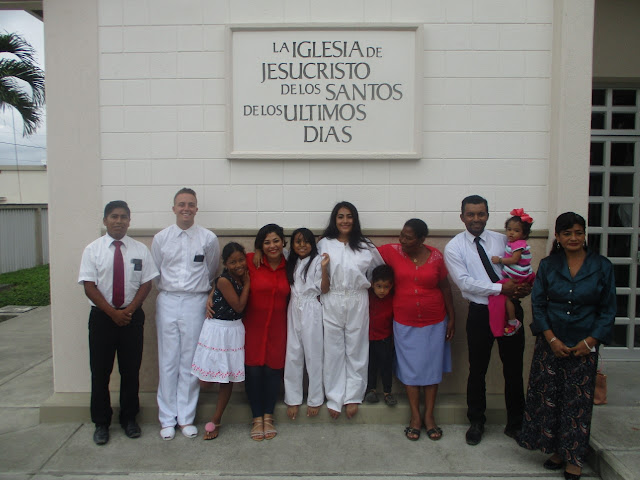 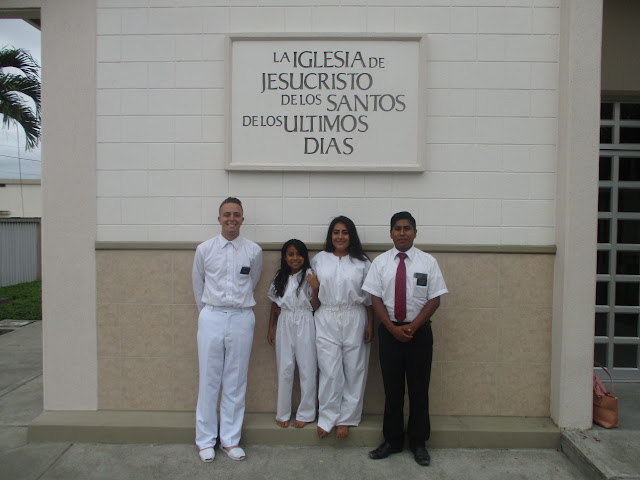 As well, this week the papers of Israel and Jessica progressed a little bit and now are a little bit closer to getting baptized.  But they are doing awesome and are becoming converted to the Lord.  We were actually able to teach the mom and sister of Jessica this week that came down to visit them for a little bit.  They, as well, were confused about what we believed in and we were able to clear some things up with them.  Hopefully, the missionaries can talk to them over there now and help them out.
We have been preparing our little investigator, Jairo, to get baptized this next coming week a lot.  He is a little 10 year old that was supposed to get baptized a little bit ago, but his mom fell away from the church and has chosen a bad path and he now lives with his grandma.  His grandma is super awesome and is helping him truly understand the real purpose of baptism.  Also, Elder Bogren came for the weekend because of some things that are happening in his sector, so it was fun being with him for the weekend.
2. There is a verse that I like in Helaman 12:1-2 where it says, "And thus we can behold how false, and also the unsteadiness of the hearts of the children of men; yea, we can see that the Lord in his great infinite goodness doth bless and prosper those who put their trust in him. Yea, and we may see at the very time when he doth prosper his people, yea, in the increase of their fields, their flocks and their herds, and in gold, and in sliver, and in all manner of precious things of every manner of precious things of every kind and art... yea, and in fine, doing all things for the welfare and happiness of his people..."  This verse and the mission has helped me realize that the only thing that the Lord wants for us is to be happy.  I feel like before this mission, I didn't understand what the gospel was or how to live it.  But it has been such a blessing for me to know that it makes me happy to repent and to know that it's okay to mess up sometimes. Not only does the gospel give us happiness, but it brings to pass miracles in our lives and in the lives of others. Like it says in Ether 12:16:  "Yea, and even all they who wrought miracles wrought them by faith, even those who were before Christ and those who were after."  I have been able to witness so many miracles in my mission.  Miracles do exist. The Gospel helps us live a better life and is the only way you can live a happy life here on earth.  The money doesn't give us happiness.  It's the Gospel of Jesus Christ.  I know that now and I'm so grateful for that important knowledge that I have gained here in the mission..
Love,
Elder Copeland
Posted by Laura Copeland at 9:16 AM